Chef Clement Leroy is the Executive Chef of the award-winning and Michelin starred The Square Restaurant in Mayfair, London. To help understand what drives him, we asked him a few questions and got him to share one of his favorite recipes.

"I was born in the southern French countryside, into a family for which food was important and central to all family gatherings. My grandfather was passionate about hunting and picking wild mushrooms.  Three times a year we would go out hunting for the ingredients for a meal that my grandmother would cook for about twenty people."

What is your best cooking tip?

"Keep it simple! Always think about giving happiness to your guest. Let your intuition speak. They will be able to feel all the passion put in during the preparation."

What makes this recipe special?

"Red mullet is not a fish that is cooked a lot at home, but the way to cook it is original and easy. The most difficult part of this dish is to find a fish with all of the scales in. I particularly like this dish, because it shows a little bit of my story. I mean, it is a fish, but it can be served in a similar way to meat, with a black pepper and red wine sauce. When I was a kid, I didn't often eat fish and seafood.  My father was a butcher and we lived far away from the ocean. But, actually, my menu today, is more focused towards seafood or meat paired with seafood. I like to describe my cooking style as a bridge between land and sea."

Roast the heads of the mullet in olive oil and bake in the oven for 15 minutes.
Sprinkle with paprika and roast again for 15 minutes.
Shock with ice cubes to fix the colour and add water.
Cook for 30-40 more minutes and strain.

Roast the lobster shell, sear the black pepper, and caramelize the sugar.
In another pan, sear the ginger, the spring onion, the garlic, and the shallot, and add to the lobster shell caramel. Pour the red wine, bring to the boil and flambe. Then add the fish stock, the soy sauce, and the oyster sauce. Cook it for 20 minutes at small ebullition.  Skim the impurities, wrap, and let it infuse out from the heat. Strain and allow it to cool down.

Prepare a brine with 50gr salt per litre of water.
Slice the aubergine in rectangle shapes of 7cm long, 3cm high and 3cm wide.
Soak the aubergines in the cold brine for 3 hours.
Steam the aubergines at 130C for 10 minutes.

Pass the Shiitakes mushrooms, without the feet in a meat grinder/ food processor. In brown butter, in a large pan, sear the onion and the garlic, then add the ground mushroom. Salt and remove all the excess water. Pour the paprika mullet stock, cover with parchment pepper, and bake until the complete evaporation of the stock (45 minutes).

Peel and cut the red onion into strips, keep it in a bowl. Bring the rice vinegar, the water, and the sugar, to the boil. Pour the liquid onto the onions and cover with cling film.  Keep until completely cooled.

Finition (to plate up):

Heat the oil until 170 degrees (C), pour the oil on the red mullet scales. Repeat 4 times to get the filet cooked. Season with salt. Plate all elements harmoniously, serve the black pepper sauce on the side. 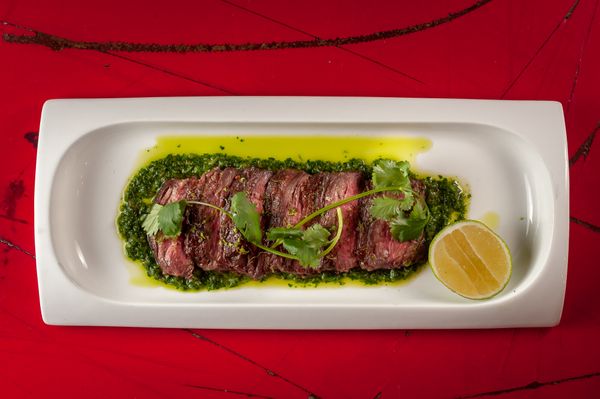 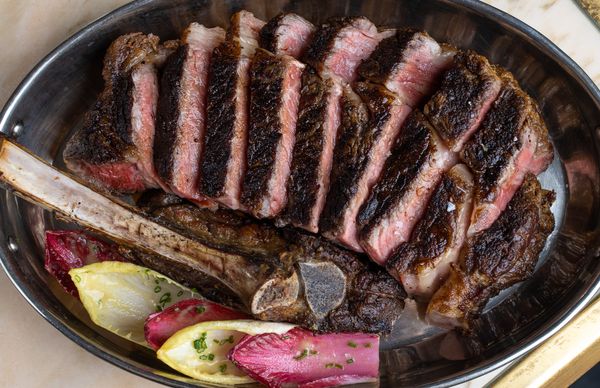 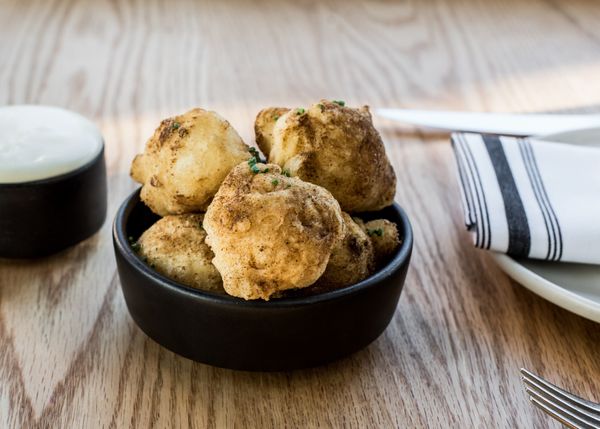